In the Declarative UI world we live in today a ViewModel typically acts (among other things) as a container of observable UI state, changes to which will cause the appropriate parts of the UI to be re-rendered. This UI state is frequently derived from different pieces of information coming from our domain or data layer (and potentially from actions a user can take). In this article I’m going to compare parts of the iOS and Android ViewModels for the Confetti KMM GraphQL sample and show how the relatively recent alignment of approaches to structured concurrency in Swift and Kotlin has allowed us to create quite similar implementations on both platforms (including the seamless consumption of Kotlin Flows exposed from a repository in shared KMM code).

The particular example we’re going to look at here is based on the following screen where we show the list of conference sessions for a particular date (with user able to change that date in a SwiftUI Picker/Compose TabRow at the top of screen). 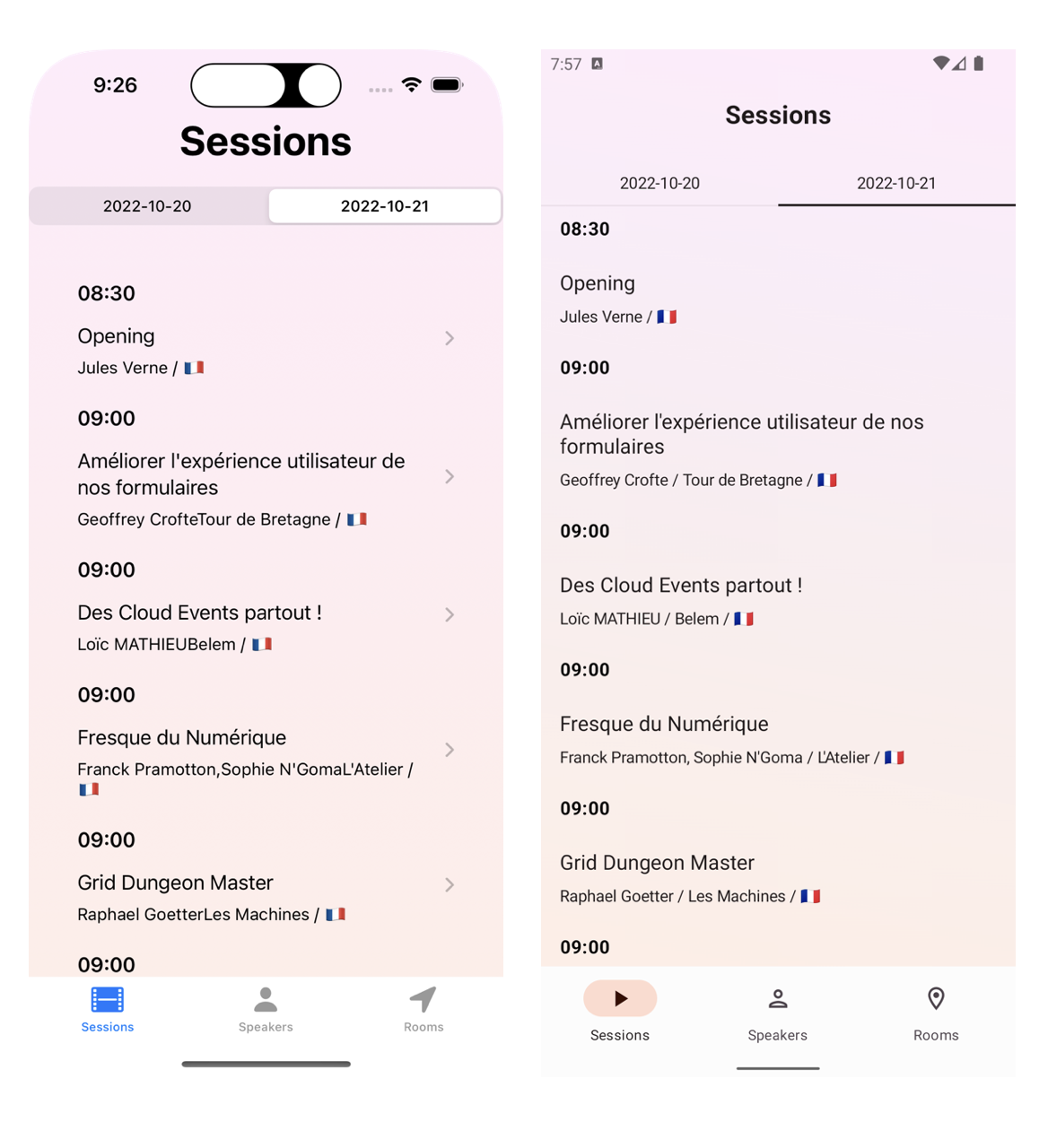 Our ViewModels (on both iOS and Android) consume ConfettiRepository from the shared Kotlin Multiplatform code and that in turn exposes a number of StateFlows containing the conference information we’re interested in (based on results of queries to a GraphQL backend using the Apollo library).

If we look at the ViewModels themselves we can hopefully see how similar the approaches are now to creating the observable UI state based on that information from the repository.

When the user switches dates in the UI that will cause selectedDateIndex to be updated in the ViewModel, which in turn will trigger combine/combineLatest to pick up that change and re-generate the UI state. Note on iOS we’re using Swift Async Extensions .values to convert selectedDateIndex to an AsyncSequence.

Wrote very short article showing example of how aligned the implementations of iOS and Android ViewModels can be when consuming Flows from shared Kotlin Multiplatform code https://t.co/U8wVfQ13lX. #KMM #iOSDev #AndroidDev